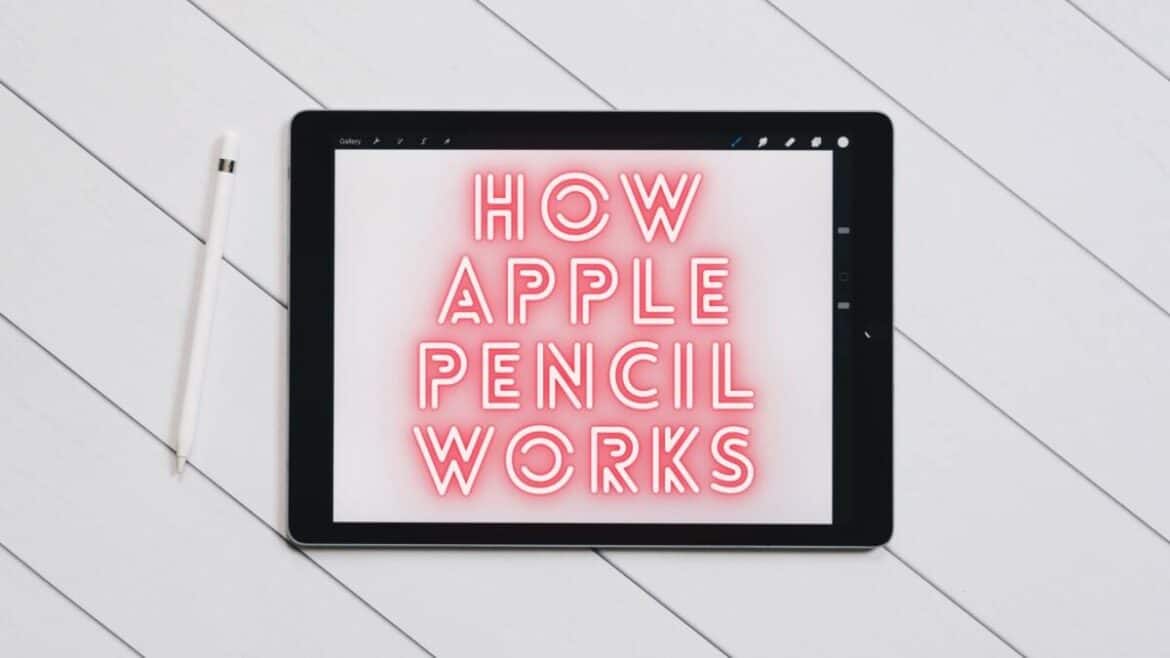 If you’re wondering how Apple Pencil works, then this article will cover everything you need to know. From pairing the device for the first time to charging and even troubleshooting it when there are issues. Read on to have your questions answered about the Apple Pencil.

The iPad is a technologically advanced device that computes at impressive speeds. Not only is it a great device to watch movies and play games on, but it’s one of the best tools to use if you’re an artist or designer.

If you have recently purchased an Apple Pencil to use with your iPad, then this article will surely clear any doubts or questions you may have about how Apple Pencil works.

Let me break it down for you and take you through how to get the most out of your Apple Pencil. Also, since both the Apple Pencil 1st gen and 2nd gen are designed differently, i’ll explain the functionality of both devices depending on what kind of iPad you own.

How to Pair the Apple Pencil

The first thing to learn is how to connect the Apple Pencil with your iPad. Since the gen-1 and gen-2 Pencils have different designs and capabilities, i’m going to break down the process based on the version of Apple Pencil you own.

Upon following these steps you will be able to use the Apple Pencil on your iPad. However, if you’re planning on having the Apple Pencil paired with a secondary device, follow the same steps listed above on the new iPad.

Also Read: How Does iPad Cellular Work 2021 | Everything You Need To Know

How to Charge the Apple Pencil

Charging the 1st Gen Apple Pencil is not a complex task, simply pop off the cap and plug it in. There are currently two methods you can follow to have your 1st gen Apple Pencil charged, either by using the iPad Pro or by utilizing the Lightning cable.

As a suggestion, it’s best to charge the Apple Pencil for a minimum of 10-15 minutes if the battery is lower than 20%, this helps conserve the lifespan of the battery situated within the Apple pencil.

What are the Features and Capabilities of the Apple Pencil

The Apple Pencil is such a smart accessory that it works right from when the device is paired with your iPad. You wouldn’t need to install any app or access any menu on the iPad for it to work, It’s truly an amazing device and it does come with a load of features that can surely make any task easier.

What Devices are Compatible with the Apple Pencil?

Both variants of the Apple Pencil are not compatible with all iPad models. The breakup of which Apple Pencil can work on which iPad is:

Though the Apple Pencil was designed to be a simple yet powerful device, it is bound to stop working due to the unpredictable nature of technology.

Disconnect and Re-pair the Apple Pencil with your iPad Pro

Does the Apple Pencil work on iPhone

Neither of the Apple Pencils will work on any model of the iPhone. In order to use a stylus on your iPhone, you will have to find alternative options such as the Adonit Pixel stylus.

How Do I Get My Apple Pencil to Work?

Getting your Apple Pencil to work is rather easy. All you have to do is remove the cap and plug the pencil into the lightning port of your iPad. When you see a Pair Now option, tap on it t connect the devices.

What processor does the Apple Pencil run on?

The Apple Pencil comes with an STMicroelectronics ultra low power ARM-based Cortex, a Bosch Sensortech 3-axis acceleromenter and a Qulcomm Bluetooth smart chip to pair it with the iPad.

What is the battery life of the Apple Pencil 2?

The Apple Pencil 2 can last for roughly 12 hours on a single charge. If the battery has depleted then you can charge the Pencil for around a minute to get approx 30 minutes of runtime.

Why Does the Apple Pencil not work on the iPhone?

What can I do with my Apple Pencil?

You can use your Apple Pencil for a multitude of tasks, from drawing to navigating and even writing using the Pencil. Think of it like, any task you could perform with the iPad using your fingers, can be done with the help of the Apple Pencil.

How do I know if my Apple Pencil is working?

The Apple Pencil is a great tool that has been designed for drawing, writing and sketching and in the case where it can replace your finger for navigation of the iPad OS. The Apple Pencil is truly worth the money if these are what you intend to do. However, it works well if you don’t wish to leave fingerprints on your iPad’s display.

Either way, it seems to be an accessory that most iPad owners are after as it makes their overall work experience easier than without one.